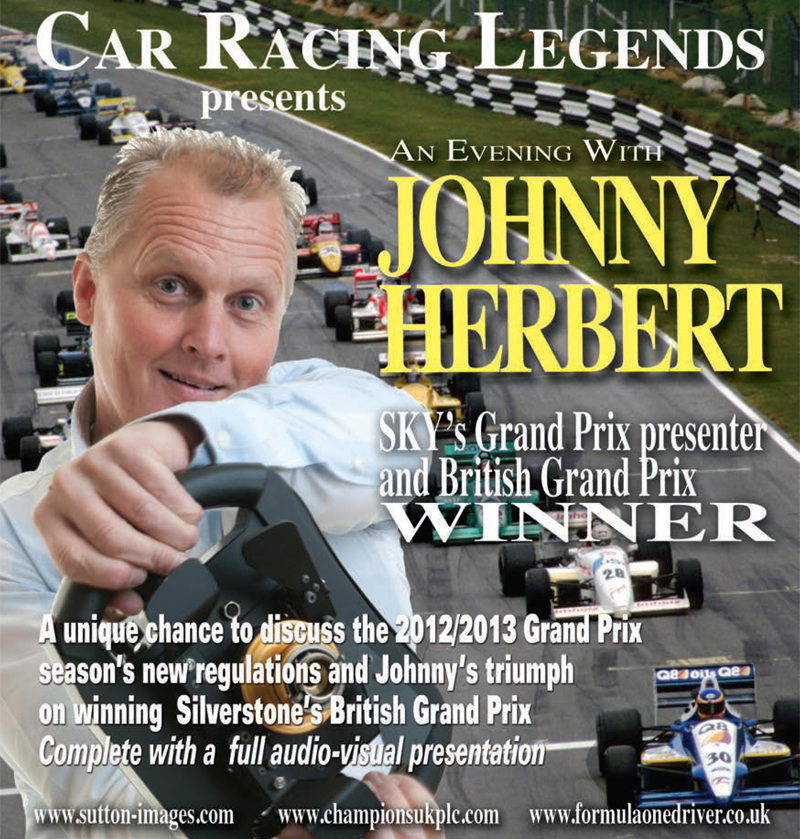 Calling all Johnny Herbert fans don’t worry if you didn’t get a chance to meet him on his UK tour this year, you can still catch him at the Austin Grand Prix then Brazil on the Sky F1 show on Sky TV. Johnny will then be at the Autosports awards 2013 at the back end of November 2013. Moving onto next year Johnny will be in attendance at the Autosports exhibition at the NEC Birmingham January 9th to the 12th 2014. Go Johnny Go!

Trackback from your site.